This past weekend I got the opportunity to go to the International Associate of Culinary Professional’s (IACP) annual conference in Louisville, Kentucky. (I drank SO much bourbon!). The conference is a great opportunity for people in all sectors of the culinary field to come together, learn some things, network, meet your culinary idols and of course, eat lots of amazing food. Oh yeah, and the bourbon. 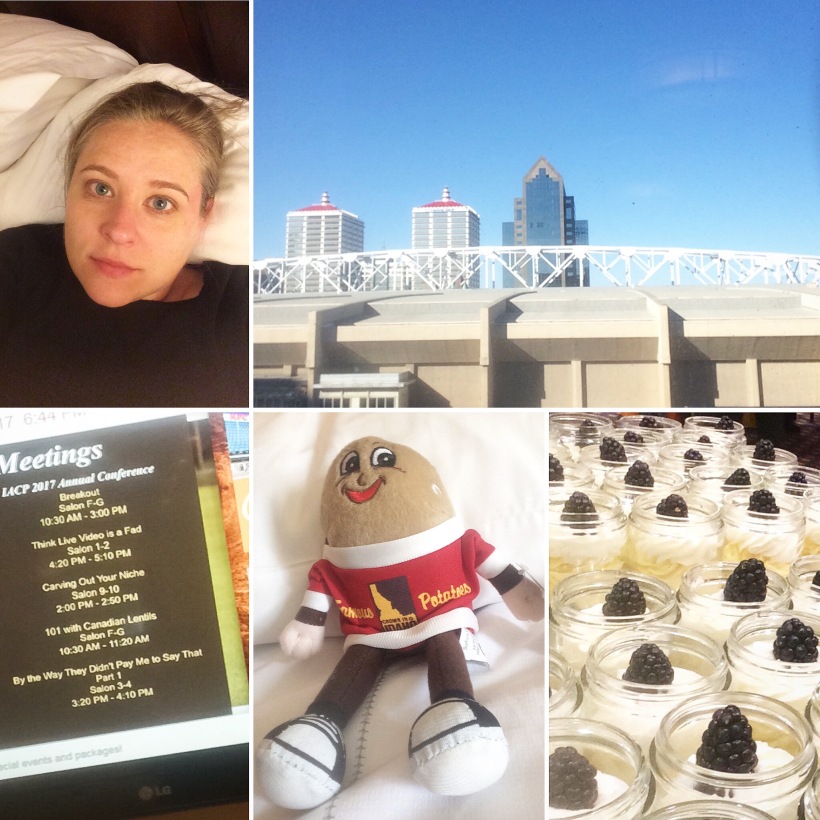 Of course, being at a conference with some of the world’s top food photographers/stylists/writers I wanted to be able to put a good foot forward and have some nice images of the conference, but this was not to be the case. I’m not really the most responsible of adults and last year I broke the camera on my phone. I’m not really sure how it happened, but I have a general idea. My husband couldn’t believe that such an expensive phone could break so easily, but when I went to pull my phone out of my purse and accidentally flung it 9 feet across the parking lot he pondered no more.

I did not want to lug my real camera to the conference and the selfie mode of my phone still works, so I just figured I could take lots of selfies to illustrate my experience.  This let to a whole slew of really shitty photographs. I’ve been following the other conference attendee’s beautiful imagery and I’ve got to say it is pretty humbling to present you with this ugly pics.  Enjoy!

Yikes! That’s super rough. It is seriously hard to take a photo of food when you:

A. Can’t see the image on the screen

C. And are shooting with a 1.2 mp camera that does terrible in low light and is clearly meant for portrait mode.

These were the very best images. Yes, seriously. There are actually images much worse than this crap.

These are not as bad, to be clear they are not good, but not as bad. You should have seen the confused looks while I was trying to take a photo with my phone facing the wrong way, while hanging over the top and putting fun shadows all over the place.

People would ask why I did and when I said I was a food photographer the response was ‘Oh wow.. really?’

The conference itself was excellent. I saw a free friends, met a lot of new people and learned a lot. It was my first trip to Louisville and I throughly enjoyed it.  My husband and I are already making plans to revisit.  I especially want to visit Dinosaur World and the Patton Museum. They weren’t in Louisville city limits, but not far from it.  Also the KFC Museum, how can that be anything less than awesome.

The other awesome thing about the conference was the swag! I’m actually not a huge fan of swag, but there was some primo stuff a this thing. Such as packages of California figs and fig BBQ sauce. 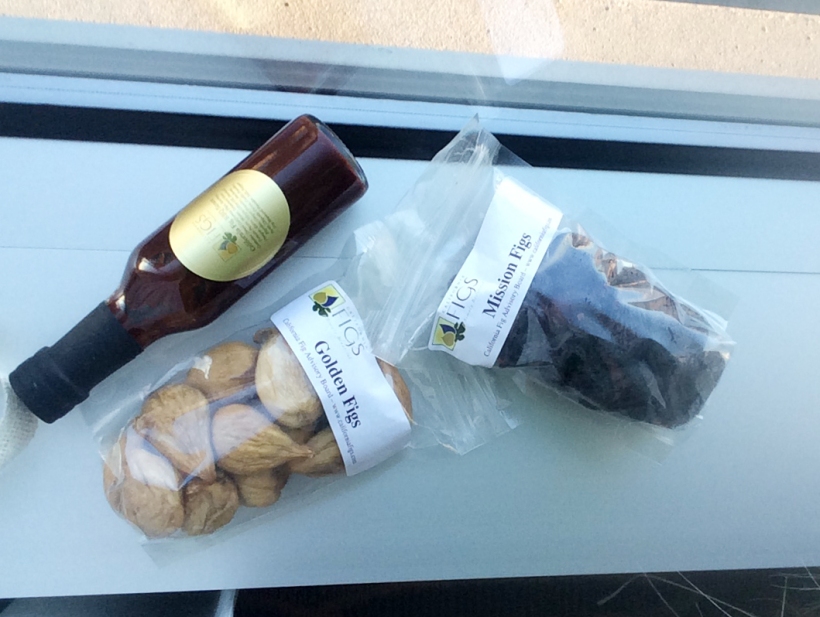 I also picked up a potato doll called a Spuddy Buddy! Hilarious! Also, sad that I have the fashion sense of a potato.

I picked it up from my friend’s children, but then I realized the Spud and I had the same shoes! I might keep him now. I mean we have the same shoes!

I also got an Anolon frying pan, a yogurt carrier, a cute back of chips, a nice wine opener.. There were also lots of snacks.  My favorite were the kiwi berries, which are essentially mini hairless kiwis. 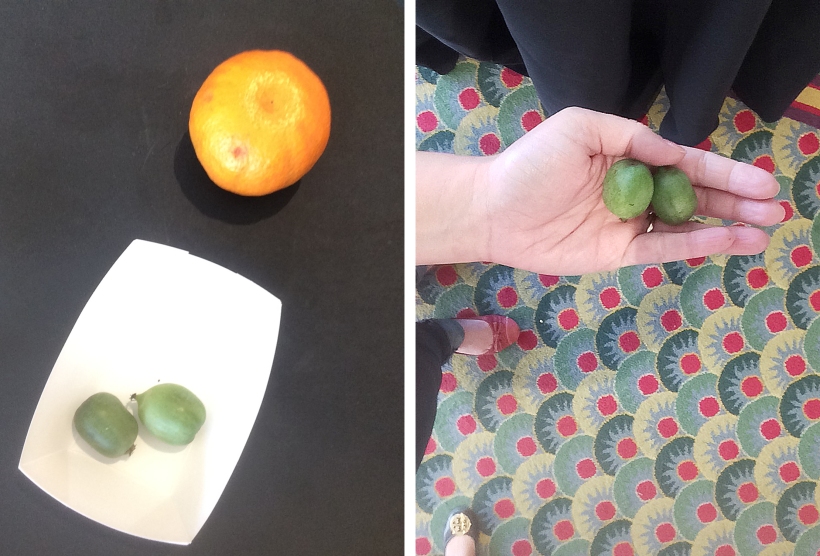 I enjoyed the Hillshire small plates while watching Knocked Up at midnight.  I party hard.

I stayed at two different hotels over the 4 days there, and they were great, but my view was less than picturesque.

It could be a postcard couldn’t it! Who needs a mountain view when you have a construction site or parking garage?

They did make my towel into a swan, so that made up for the view.. a bit. 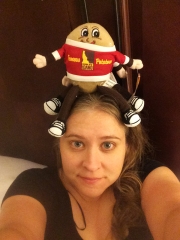 My husband didn’t get to come with me, so I spent much of the weekend sending him photos of the fun times I was having.  On Saturday I was looking so pulled together with my scarf, make-up and Starbucks so I sent him a photo of it.

When he saw the photo he said it didn’t look a thing like me. Jeez! Why do I even bother. Later that night I sent a ‘regular’ photo with Spuddy Buddies on my head.

On the last day of the conference I went to The Palace for an awards ceremony. Swank!

It was really nice and I got to finally hang out with some friends I’d been missing for most of the conference.

Then I packed up all my stuff, grabbed a banana for a road snack and too one last shitty photo of myself before heading back to Alabama. I hope you enjoyed the noisy, blurry, badly cropped awful images.

2 thoughts on “Hideous Photos from a Professional Food Photographer”