Huntsville has a new brewery!!! Let’s all toast Green Bus Brewery with a pint of Hop Bus IPA!! Back in 2009 craft beer in Huntsville was in its infancy. Prior to this beer with an alcohol content of more than 6% was banned from the state. Other prohibition era laws remained of the books and essentially stifled an industry that was thriving and benefiting other states throughout the country. In 2005, a group of passionate beer lovers started the Free the Hops movement to change the laws and bring more sophisticated beer drinking habits to the state.  And once change started there was no stopping it.  Throughout Alabama craft breweries started expanding, but no place took to it like Huntsville.  Maybe it’s all of our out-of-state brew drinking transplants, maybe it’s our high populations of beer-loving engineers, but whatever the reason, Huntsville loves craft beer! 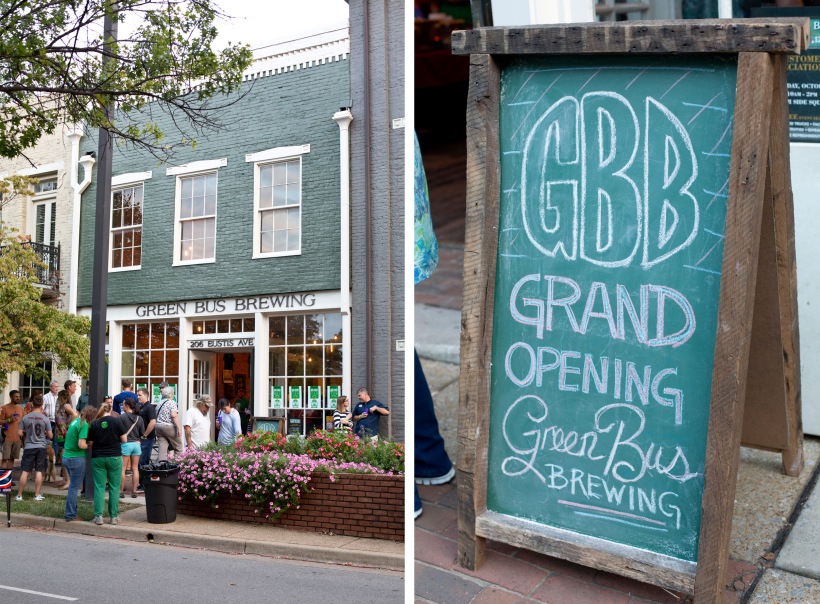 Now that we’ve hit 2016 Green Bus will be the 8th brewery in Madison County.  I had the pleasure of dropping into the Grand Opening. 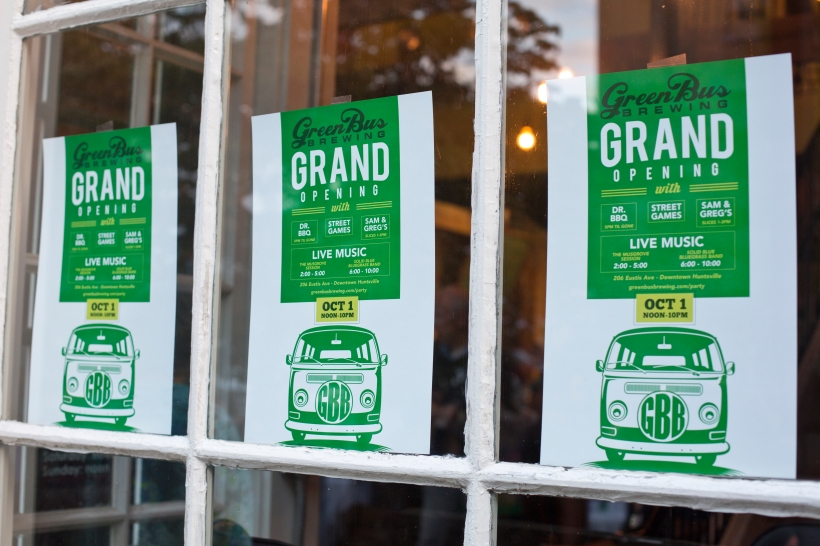 The Grand Opening lasted all day and I picked a time that I thought would be dead, but I would be wrong.  There were tons of people, lots of beer, food, games, live music, raffles, and a guy in lederhosen. ‘Tis the season I suppose.

They even had the infamous green bus! It was covered with stickers from all the other local breweries. I love how the craft beer industry in Alabama is so supportive of each other. I can’t tell you how many times brewers have told me ‘when one of us succeeds we all do’.

I’d loved to have tasted the beer, but unfortunately I am currently under a strict gluten-free diet (doctor’s orders) so alas I could only photograph it.  I will say it was quite pretty and the drinkers around me seemed immensely happy. 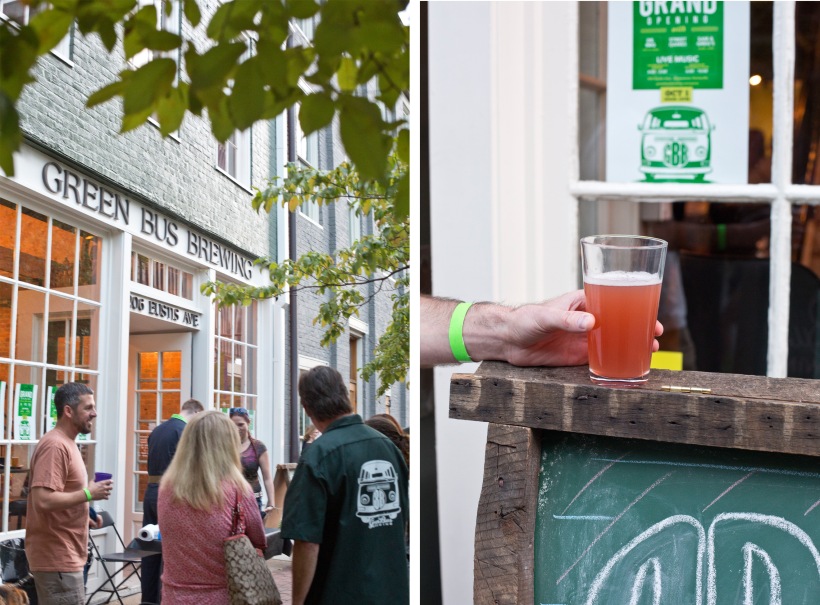