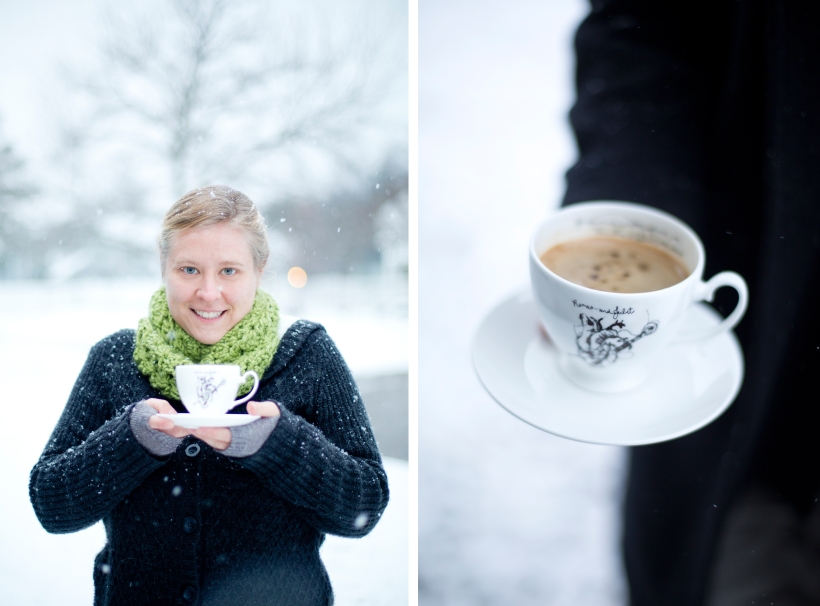 See how happy I am to be about to drink my chicory. Sadly moments after this photo was taken I slipped and dumped the entire contents on the ground. I should have taken a photo of that, but I was too busy cursing and my husband was too busy laughing, so alas, there is no photographic evidence.

Though Alabama didn’t get the massive piles of snow that the rest of the of the East Coast received, it get enough to make winter official.

I lived much of my childhood in New England, so any bit of snow makes me nostalgic and wistful for a simpler time. I love bundling up in heavy socks and sweaters that I almost never get to wear and crunching through the fresh snow, savoring the moment and knowing that tomorrow it will most likely be gone and year before I see it again. 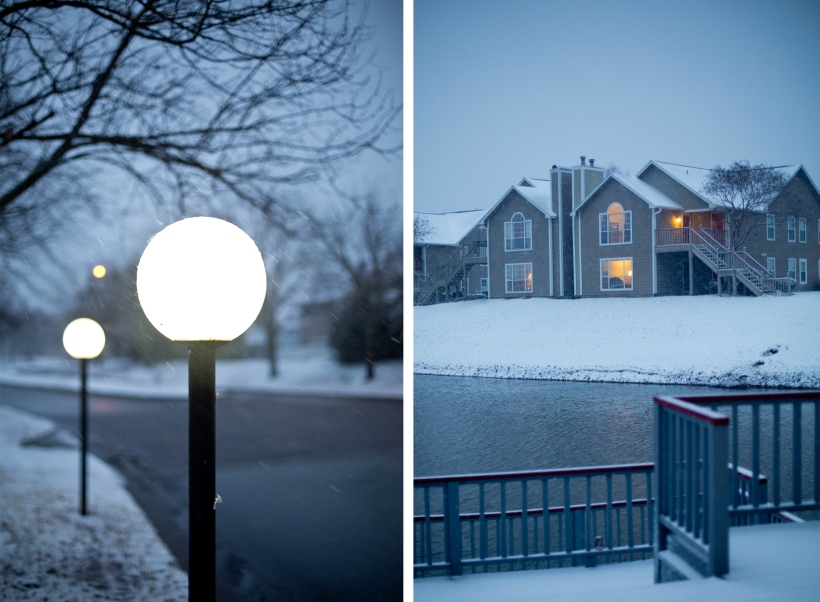 After fun in the snow I like to drink a hot cup of coffee, but as part of my 2016 initiative to be healthier I have been trying to cut my caffeine intake down. Happily I discovered the delights of chicory, which is caffeine free and quite delicious. Chicory is a blue flowered plant whose root has a similar flavor to roasted coffee beans.  There are lots of claims of medicinal uses, such as improving calcium absorption and bone mineral density, as well as helping with weight loss. I just started drinking it, but I let you know if I increase bones and decrease fat.  It is also used in flavoring beers, especially stouts, which is probably another reason I like it.

I started drinking Pero, which has barley (containing important dietary fibers), rye (with several markers of blood sugar control) and chicory. I can’t really say if I’m feeling healthier, but I enjoy it nevertheless. 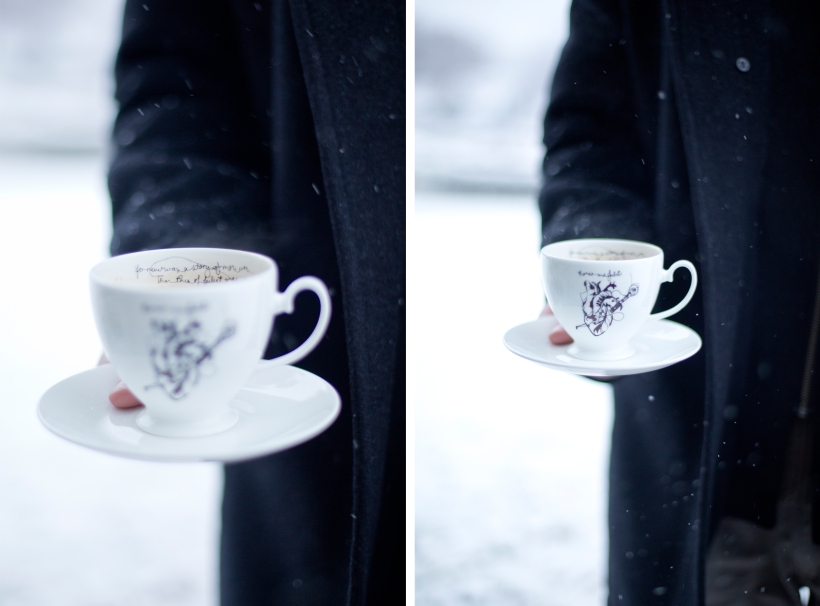 I also got to break in my new tea-cup, which I’ve been dying to use. The cup and saucer were my souvenir from a recent trip to Shakespeare’s Globe Theater. It’s a gruesome homage to Romeo and Juliet, depicting a pierced heart and the quote, “For never was a story of more woe than this of Juliet and her Romeo.” So dark, I love it! 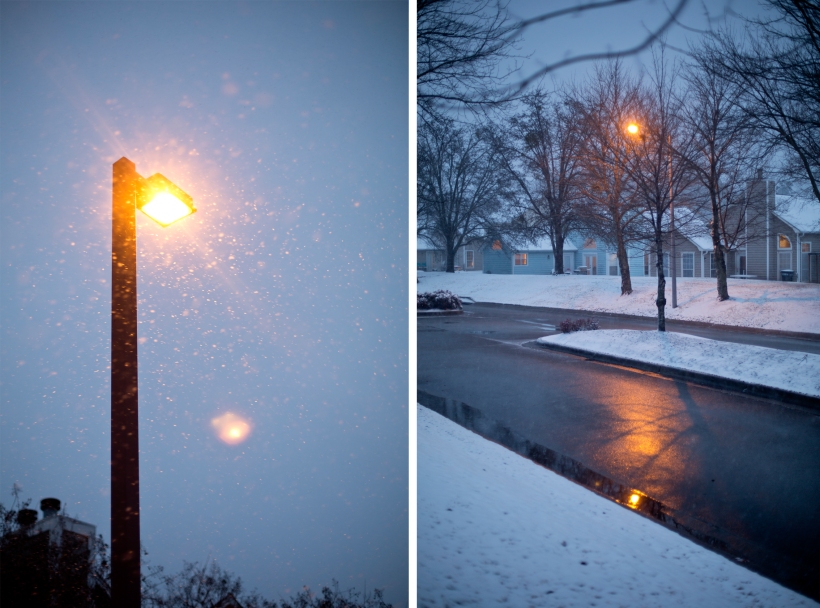 So stay warm everyone and enjoy a cup of Pero.

7 thoughts on “Stay Warm with Chicory”